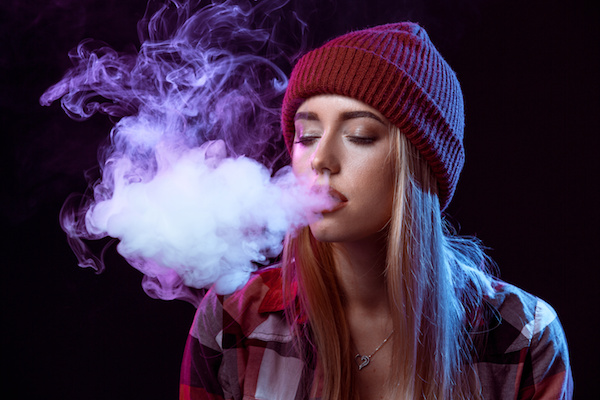 Smokers that quit smoking combustible cigarettes with the support of e-cigs know by now that the best way to quit smoking is through e-cig use. However, why is it that women have a harder time quitting combustible cigarettes than men do? New research suggests that nicotine may block the production of estrogen in women’s brains, which would explain why they struggle more to wave goodbye to tobacco. While there is still more research that’s needed to fully understand all of the underlying mechanisms, since nicotine impacts other aspects of female biology, this blog will outline the study and why sex and gender differences are relevant for smoking cessation.

Study—A dose of nicotine, equivalent to that found in a single cigarette blocks estrogen production in women’s brains. This may explain several behavioral differences in women who smoke, including why they are more resistant than men to quitting smoking. Presented for the first time on October 17 at the 35th annual European College of Neuropsychopharmacology (ECNP) Congress in Vienna, the research indicates that nicotine may be blocking estrogen production in the female brain.

The study observed a group of 10 healthy female volunteers who were given a commercially available nicotine dose intranasally. They were also injected with a radioactive tracer attached to a molecule that binds to the enzyme aromatase, also known as “estrogen synthase,” which is the enzyme that’s responsible for the production of estrogen.

The study draws attention to what researchers already know; that women have more resistance to basic nicotine replacement therapies, which translates to a greater tendency of relapse when trying to quit smoking.

Lead researcher Erika Comasco, PhD, assistant professor in the Department of Women’s and Children’s Health, Neuropsychopharmacology at Uppsala University in Sweden said she was surprised at how powerful nicotine was on the areas of the brain targeted by addictive substances and added that they aren’t yet sure what the behavioral or cognitive outcomes are.

“Of course, this is a comparatively small group of women, we need a larger sample to confirm these findings. Nevertheless, the message is that nicotine has various effects on the brain, including on the production of sex hormones such as estrogen,” she explained.

So, what is the best way to quit smoking? Since e-cigs offer a choice in nicotine concentration level, as well as mimic the physical features and inhalation technique of combustible cigarettes, they remain the most effective way for smokers to quit conventional cigarettes and lower their nicotine intake.

What did you find most interesting about the above study? Drop a comment below to start a conversation.