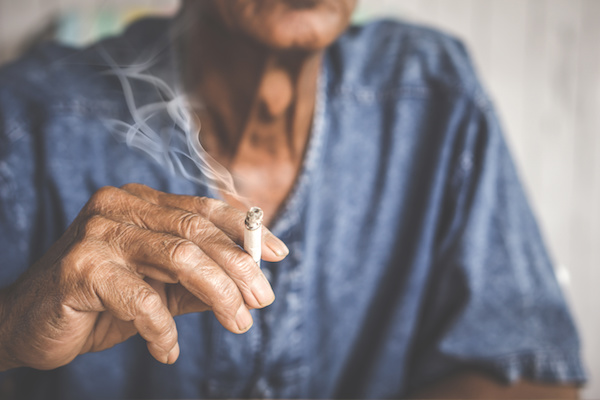 A new study shows that more than a million people in the UK have quit smoking since the start of the coronavirus pandemic, with close to half (41%) reporting that their decision to quit was based on heightened health concerns. What was most intriguing about was that among the group of ex-smokers who recently quit, younger smokers (under 29) had higher quit rates despite being less susceptible to the virus, according to health experts.

The UK charity Action on Smoking and Health (ASH) conducted a survey between April 15 to June 20 and saw a surge of more than one million people in Britain succeeding in their quit-smoking attempts. Since the COVID pandemic hit worldwide, many smokers learned that they were at a higher risk of virus transmission, and what’s even more interesting is that even though older people were considered more vulnerable to COVID, younger smokers appear to be giving up traditional smoking at a much higher rate.

What was the result?

Of the one million participants who claimed to have quit smoking, around 400,000 people were aged 16 to 29, compared to 240,000 who were over 50-years-old. While thousands have heeded the advice to quit during the COVID-19 pandemic, there was a great variation by age, with younger smokers quitting at a much greater rate than older smokers.

“For young people who have been quitting, there’s a desire to generally be more healthy, and take control at a time in their lives where that control has been taken away,” said Hazel Cheeseman, the policy director for AHS.

“Older smokers have been smoking longer because most people start in their teens. They’re therefore more likely to be more heavily addicted and therefore quitting is more difficult for them,” she added.

How can the Logic vape pen help?

While some people can quit cold turkey, others struggle with nicotine withdrawal symptoms. So, if you want to kick the habit without irritability, the Logic vape pen is a great stop-smoking aid.

Offering ex-smokers a range of nicotine concentration levels with the choice to select a disposable electronic cigarette or a re-useable device with replaceable cartridges, the Logic vape pen is an intuitive, modern-day technology that fulfills the nicotine needs of the ex-smoker, while also satisfying their mental dependencies.

If you want to learn more about how vaping can change your life, read our blog for e-cig news updates, informative how-tos, and general submissions about vaping culture.

Do you know anyone that quit smoking during the COVID pandemic? Drop your personal experience below to share with our readers.