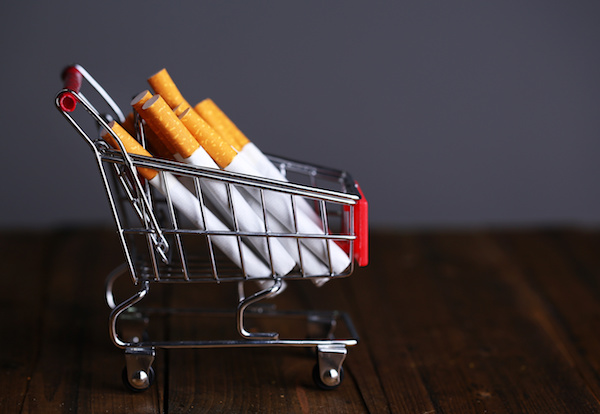 Rumors have been circulating for years slandering the good name of e-cigs, but few studies can prove that these revolutionary devices are more harmful than combustible cigarettes. Since their purpose is to safely transition ex-smokers away from tobacco and slowly lower their nicotine intake over time, you’d think policymakers would support the sale and distribution of these life-changing products! Needless to say, this blog shows why a vape ban update is strongly needed to prevent combustible cigarette sales on the rise. Read more below.

Titled, “The Impact of Banning Electronic Nicotine Delivery Systems on Combustible Cigarette Sales: Evidence from U.S. State-Level Policies”, the study examines data from 2019 when many states enacted short-term vape bans in response to an outbreak of a lung injury that led to shortness of breath, coughing, and chest pain.

Researchers analyzed whether the state-level electronic nicotine delivery system (ENDS) bans in Massachusetts, Washington, and Rhode Island, led to an increase in cigarette sales or not.

“Our results show that cigarette sales in ban states were higher than would have been observed otherwise in the post-ban period.”

In addition to combustible cigarette sales in Massachusetts increasing by 7.5% after banning non-tobacco flavors, the research team also determined that there was no statistical evidence of a slowing down in lung injury cases.

The Center for Disease Control (CDC) also examined vape product sales in Massachusetts, Rhode Island, and Washington before and after flavor bans were set in place and failed to take into account differences in combustible cigarette sales, which led to flawed conclusions.

The decision to ban the sale of vape products was built on a hasty assumption that a reduction in total sales must have equated to a decrease in teen vaping rates. However, this decrease in vaping rates was only due to a lack of access, contributing to an increase in the smoking rate. That said, since no data shows the age of the purchaser, there is no way to be certain if there was a reduction in vaping among youth.

Your vape ban update: Currently, only tobacco e-cigs are available for sale in most states, with Logic being among the approved manufacturers for sales and marketing in the US by the Food and Drug Administration (FDA) manufacturers.

What did you find most interesting about the study? Drop a comment below to share with our readers.