Save 5% Site-Wide no coupon required 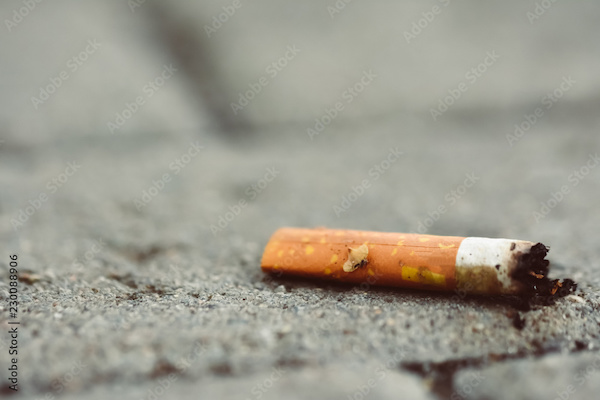 Wherever the wind blows, passersby have the potential to be exposed to the harsh smell and chemicals that are emitted from combustible cigarettes. Moreover, since there are smokers who aren’t considerate of those around them, their butts also litter the ground as a reminder they were there. As one of the most common pieces of garbage found on streets worldwide, Spain is taking a stand with a new environmental regulation. From this year onwards, tobacco companies are being forced to foot the bill for cleaning up the millions of combustible cigarette butts. Continue reading to learn more.

What is the primary purpose of this ruling?

As an initiative to reduce waste and increase recycling, tobacco companies are now responsible for their consumer waste. Combustible cigarette manufacturers are also required to educate the public not to discard the butts. While it remains unclear how the clean-up will be implemented and what it will cost, it’s a great step for the environment!

Since it can be assumed that tobacco companies will merely pass this cost onto the consumer, it’s a great incentive to quit using stop-smoking aids like e-cigs.

Is this the first time Spain has imposed stricter regulations on combustible cigarette smoking?

No. In the interests of public health and to reduce the number of combustible cigarette butts finding their way into the ocean, roughly 500 Spanish beaches have been declared smoke-free—including all 10 of the popular beach spots in Barcelona.

The government also proposed introducing a scheme whereby combustible cigarette butts could be redeemed for €0.20 each. However, this has yet to be introduced.

Quitting combustible cigarette smoking is one of the most rewarding things you can do for your health and well-being. Since it’s never too late to utilize the help of stop-smoking aids, consider stumbling upon this blog as your sign to make the change.

E-cigs are one of the most popular stop-smoking aids. Each device looks and feels like a combustible cigarette but allows the user to choose their nicotine concentration level. Fulfilling both mental and physical dependencies, when the user feels ready, they can lower their intake level over time. And more great news… Logic e-cigs are recyclable so check your local recycling guidelines for details.

Do you think more countries should hold tobacco companies accountable for their consumer litter? Drop a comment below to share.