We comply with Federal and State laws according to the PACT ACT. 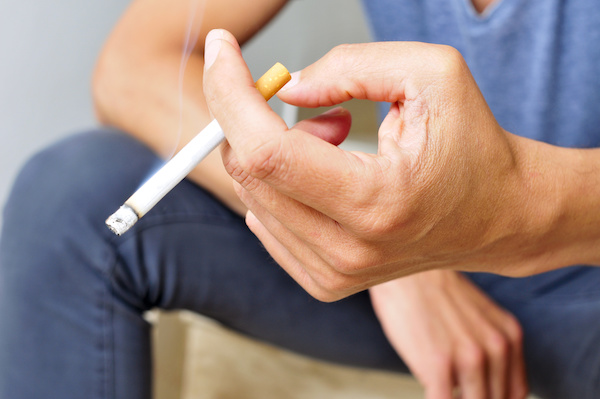 The list for health issues that are increased due to smoking are endless — various cancers, heart disease, diabetes, lung disease, chronic obstructive pulmonary disease (COPD), and more — however, this recent study conducted highlights combustible cigarette dangers and encourages users to quit and lower their risk of having a deadly bleeding stroke. Here is the breakdown of the research.

Earlier this year, results published in the journal Stroke concluded that smoking can increase a person’s risk for a type of bleeding stroke, with risk further rising the more combustibles that individual smokes daily.

Researchers revolved the study around a type of stroke called subarachnoid hemorrhage (SAH), which occurs when a blood vessel on the surface of a subject’s brain ruptures and bleeds into the space between the brain and the skull. While this type of stroke is known mainly to affect middle-aged adults, its high rates of complications, and even death, are increasingly brought on to other age groups that smoke combustible cigarettes heavily.

In this study, researchers analyzed data collected between 2006 and 2010, with about 408,000 participants aged 40 to 69, residing in the United Kingdom. During the timeframe, more than 900 of these types of strokes occurred.

While combustible cigarette dangers are generally known to increase one’s risk of health issues, this study found that heavy smokers were more likely to develop a greater risk of having a SAH. Even those who smoked only half a pack to 20 packs of combustible cigarettes a year had a 27% higher risk. That being said, findings also suggest that those who smoked more than 40 packs a year had nearly three times greater risk.

While this study is addressing the link between smoking and SAH, it’s not the only research coming to this conclusion.

“Previous studies have shown that smoking is associated with higher risks of SAH, yet it has been unclear if smoking or another confounding condition such as high blood pressure was a cause of the stroke,” explained co-author of the study, Dr. Guido Falcone.

Genetics also had its role to play, as researchers further concluded that there are people who are genetically predisposed to smoking. A genetic predisposition is an increased likelihood of developing a particular disease or interest in a habit based on your genetic makeup. This means that if your close loved ones smoked growing up, there’s a chance that it will stem into part of your genetic makeup in your adult life. According to the study, those with a genetic predisposition to smoking possessed a 63% increased risk of having a SAH.

Are there other combustible cigarette dangers that we haven’t addressed in past studies? Please leave a comment below and we will add them to our list!